The Arizona DUI Process can be confusing for those who are unfamiliar with the process. Here is a step by step guide to that process.

Arizona DUI Process- I received a Citation, what next?

DUI Process- No Citation or Charges filed, what now?

Some police departments do not issue citations when the only chemical test is a blood test. Those departments include the Gilbert Police Department, the Maricopa and Pinal Sheriff’s Departments and the Arizona Department of Public Safety Those departments may arrest someone for DUI and then released with them no citation. Testing blood samples for alcohol and drugs can take several months. Once they have the test results those departments send the results to the prosecutor. The prosecutor then decides whether to file charges in court not not. A prosecutor must file misdemeanor DUI charges in court within 1 year of the date of the incident. The court then usually send a summons to the defendant to appear at an arraignment. If the defendant fails to appear at the arraignment an arrest warrant is issued. If you have been arrested but not charged, you can periodically check court records at Maricopa County Justice Courts and Arizona Supreme Court’s Public Assess.

Should I hire a Private Attorney for my DUI?

Can I represent myself?

Anyone can represent themselves on any misdemeanor crime charge.  When arrested for DUI the most important goal is to minimize the the effects on you and your family. If you can do that yourself then you do not need a lawyer. To best represent yourself you will have to be able to negotiate with the prosecutor to get best the plea offer. If that does not work then you must be ready to represent yourself in a jury trial. You will have to deal with the MVD, which often makes mistakes. You will have to anticipate and minimize, all of the possible effects of the DUI on you and your family. Keep in mind the judge, prosecutor and MVD staff may be very polite and cordial, but their job is not to help you. They do not represent you and cannot give you legal and or advice on other problems you may encounter.

Should I get a Public Defender?

What Should I Consider When Hiring a Private Attorney?

Looking for a DUI Lawyer? Here are questions you should ask about their fee agreements?

I offer one all inclusive DUI flat fee agreement with

My all inclusive, flat fee includes:

DUI Process- What happens when I go to court for a DUI?

The second court date is the first pretrial conference date. The defendant may or may not have to appear in court.  At the conference, the prosecutor gives the defendant’s attorney the “discovery” or “disclosure”. The discovery includes the police reports. The prosecutor often makes a plea offer as well.
At defendant can plead guilty at the conference or ask for more time to investigate the case. If the defendant’s attorney requests more time then they can get more discovery. That discovery can include blood testing records as well as body camera videos.

There are several ways to resolve the court case.

If a case is not resolved by a motion do dismiss or a change of plea then the case is set to a jury trial.  At the trial a 6 person jury must  unanimously decide if the defendant is guilty or not guilty of each of the charges.

DUI Process- How long will my case take?

Arizona Misdemeanor DUI cases can take 2 months to over 1 year to resolve. Several factors can affect that time period. Those include:

DUI Process- How will my DUI case be resolved?

A DUI case is decided by a motion to dismiss, a plea agreement or a jury trial.

There are several ways to decide a DUI case. Those include:

What can happen to a DUI case in part depends on the practices of the particular court and prosecutor.  For example some prosecutors make Reckless Driving offers and some do not. Most but not all courts now offer Home Detention for some any required jail time.  The Arizona Guide to Misdemeanor DUIs describes what can happen in various courts.

How long does it take to get blood Samples tested?

How long testing takes depends on which agency the arresting officer is with, is the test for alcohol only or drugs and what crime lab is doing the testing.

Testing samples for alcohol and and drugs is done in batches of up to 60 tests at a time. Crime labs often wait until they have at least 25 samples to test at a time. If the crime lab serves a police agency which does not do many DUI cases it takes time to get enough samples to put together a batch to test. Alcohol testing can be done much quicker than drug testing because more samples are tested for alcohol alone. The Phoenix Crime Lab tests samples within a few days of when it receives the sample. When a police department such as the Chandler Police Department tests for alcohol the testing can be completed within 2 weeks.

The time it takes to get your sample tested depends on:

With all this in mind it can take anywhere from a few days (Phoenix alcohol testing) to several months (DPS drug testing) to have your sample tested.

DUI Process-Will I have to go to jail?

Arizona law requires jail time of between 1 day and 6 months for all DUI conviction.  If a DUI is plead down to another charge, such as Reckless Driving, no jail time may is possible.  A “day” in jail must be at least 8 hours long and in many courts is a full 24 hours.

DUI Process- What will happen to my driver’s license?

There several possible suspension & revocation actions possible for a DUI.  Those include:

A 90 day suspension caused by the chemical test results. For some suspensions a restricted license is possible.

A 1 year or 2 year suspension for refusing to submit to requested chemical tests, blood or breath. A restricted license may be possible for a 1 year suspension.

3 to 12 months suspension for the accumulation of moving violation points.

Failure to attend a traffic school (TSS) when ordered the MVD after a DUI conviction. Remains in effect until TSS completed. No restricted license available.

A better outcome for your DUI or other Criminal Charge than you think may be possible.

Call Now For Your Free Consultation! 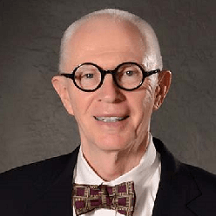 You may have to:

All of my clients are unique individuals.  An arrest my trigger actions which are different for them than my other clients.  My job is to anticipate and minimize the consequences for each client and their family.

If I were the client, I would expect my lawyer to do? I would expect my attorney to keep me fully informed as the case progresses. I would want my lawyer to  anticipate problems I was not be aware of. I would want my attorney to help me do whatever the courts and MVD said I had to do.  Because that is what I expect, this is what I provide to my clients.  Personalized Service is my responsibility alone.