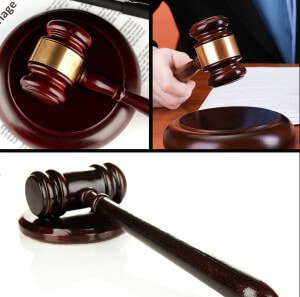 When we drive or are in control of a motor vehicle in Arizona we impliedly say that if we are arrested for DUI, and if requested by an officer, we will successfully submit to a chemical test. If we refuse to submit or do not successfully complete the requested chemical test, then our Arizona driver’s license or privilege to drive will be suspended for one year.

If a timely request for hearing is filed with the Arizona MVD, then the MVD will set a hearing. The copy of the affidavit will then continue to act as the driver’s temporary license until a hearing is held. If the driver does not file a timely request for a hearing the suspension then automatically goes into effect in sixteen days. If a hearing is requested and held, then at the hearing an administrative law judge has to decide the following issues: 1. did the police have reasonable grounds to place the driver under arrest for DUI; 2. did the driver refuse to submit or fail to successfully complete the chemical tests as requested by the officer; and 3. was the driver advised of the consequences of that refusal or failure to successfully complete the tests. If the evidence does support those allegations to the satisfaction of the judge, then the suspension goes into effect, usually within thirty days of the hearing.

If there are no Implied Consent suspensions within the past seven years, then the driver’s Arizona license or privilege to drive is suspended for one year. The driver cannot drive at all for the first ninety days of the suspension. After the first ninety days the driver is eligible for a restricted license with an ignition interlock device during the remaining nine months of the suspension. The driving is restricted to travel to and from work, school and on the job, as well as to alcohol or drug education and treatment. If the driver has a prior Implied Consent suspension within the seven years prior to the arrest for this new case, then the suspension is for two years and the driver is not eligible for a restricted license at all.

To receive the restricted license if permitted as well as to fully restore the license after the suspension the driver has to complete an alcohol or drug treatment screening session, however, does not have to complete any actual counseling.