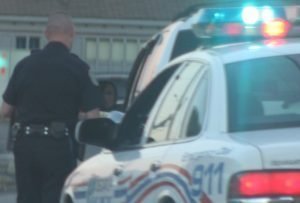 The Arizona Legislature has written the DUI Alcohol statutes so all the State must prove to the jury is what the alcohol levels were “within two hours” of driving or being in actual physical control.  The Arizona Legislature however has never said the “within two hours” rule applies to Drug DUI cases including Medical Marijuana DUI cases.  Since the Legislature has never applied the “within two hours” rule to Drug DUI cases, according to a 1989 Arizona Supreme Court case, Desmond v. Superior Court, 161 Ariz. 523, the issue is, the levels of drugs in the blood at the time of driving or being in actual physical control and not when the blood is drawn.

Using a scientific principle known as “Retrograde Analysis” it may be possible to for an expert witness to calculate what a person’s alcohol level is, or certain drug levels, at an earlier point in time.  To make the calculation for alcohol the expert would need to know such information as, what the test results were and when the person stopped drinking.  For example if a person had an alcohol test result (or blood draw) showing a level of .20% at 9:00 p.m. and stopped drinking at 6 p.m., it may be possible for an expert to calculate what the person’s alcohol level was at an earlier time,  say, 8:00 p.m.  One of the reasons a retrograde analysis is possible with alcohol is although rates of absorption of alcohol into the blood may vary, most of the alcohol ingested is absorbed relatively easily into the blood.

Expert witnesses say however that a “Retrograde Analysis” is not scientifically possible with Marijuana.  That is in part because THC, the active ingredient of Marijuana, is not absorbed into the blood as easily as is alcohol, and so the same underlying principles needed for a Retrograde Analysis are not present for Marijuana.

In many cases the evidence is much better for the defendant when the jury cannot be told what the marijuana levels were.

So for two reasons Medical Marijuana DUI cases have a better defense which is not available in DUI Alcohol cases.  First, the issue is what the marijuana levels were at the time of driving or being in actual physical control, and not within two hours.   Second, scientifically it is not possible to show what the marijuana level was at the time of driving.

For more information about Arizona dui and criminal law issues please contact Gordon Thompson who has used his experience to write a blog on topics of interest. You can also chat with Gordon about your specific questions.   Website:  https://GordonThompsonAttorney.net