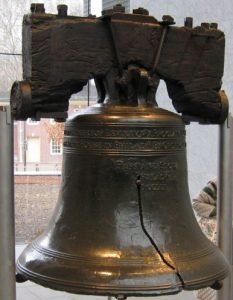 African Americans are disproportionately stopped for Jaywalking throughout the United States according to a July 3, 2017 Op-Ed article in the New York Times, Jaywalking While Black, by Ms. Jane Coaston. As examples Ms. Colson said that in a Sacramento, California neighborhood where 15% of the residents are African-American, 50% of those ticketed for Jaywalking were black. In Urbana, Illinois, from 2007 two 2011, 91% of those ticketed for Jaywalking were black however only 16% of the residents were African-American. Ms. Coaston cited other examples throughout the country.

In most jurisdictions around the country Jaywalking is a civil not a criminal offense and therefore should not be a high priority for police departments are pressed to deal with serious crime. The suspicion is that when blacks are disproportionately stopped for a civil charge like Jaywalking in a white neighborhood, as was happening in Urbana, Illinois is that the African-Americans were being stopped because they were African-American and not because of a problem with Jaywalking.

Jaywalking by African-Americans can in fact turn into something dangerous for them. An example of how the police can turn a civil, low priority civil charge like Jaywalking into a major felony incident took place in Mesa in June, 2017. The incident was subject to a broadcast on Phoenix Television Channel 12. The incident was captured in part on a civilian’s cell phone. In the video Mesa police officers charged, and appeared to have assaulted an African-American who was walking on the sidewalk.  On a body camera video one of the officers said they had observed him Jaywalking. As seen in the video it appears that the police were not simply trying to subdue the African-American but were repeatedly punching and kneeing him. In the story on Channel 12 the civilian who made the video on his phone confirmed that is what he observed the officers doing.  This again was for a possible civil charge of Jaywalking. For the African-American’s conduct in resisting the assault on him by the officers, the officers charged him in Maricopa County Superior Court with Resisting Arrest. Therefore from a simple incident of Jaywalking the African-American was assaulted by police officers and charged with a felony.

The incident may be viewed by clicking on this site from Phoenix television channel 12.

Ms. Carlson’s New York Times article can be found by clicking on this link.

Any violation of or failure or refusal to do or perform any act required by Chapters 1 through 7 of Title 10 of the Mesa City Code constitutes a civil traffic violation except as otherwise provided. Civil traffic violations are subject to the provisions of Title 28, Chapter 6, Articles 20 and 21, Arizona Revised Statutes, and amendments thereto. (1771)

(B)       Pedestrian’s Right-Of-Way in Crosswalks. When traffic-control signals are not in place or in operation, the driver of a vehicle shall yield the right-of-way, slowing down or stopping if need be to so yield to a pedestrian crossing the roadway within a crosswalk when the pedestrian is approaching so closely from the opposite half of the roadway as to be in danger, but no pedestrian shall suddenly leave a curb or other place of safety and walk or run into the path of a vehicle which is so close that it is impossible for the driver to yield. A pedestrian’s right-of-way in a crosswalk is modified under the condition and as stated hereinafter. (Reso. 990,1771)

Whenever any vehicle is stopped at a marked crosswalk or at any unmarked crosswalk at an intersection to permit a pedestrian to cross the roadway, the driver of any other vehicle approaching from the rear shall not overtake and pass such stopped vehicle. (Reso. 990,1771)

(C)       Pedestrians to Use Right Half of Crosswalk. Pedestrians shall move, whenever practicable, upon the right half of crosswalks. (Reso. 990,1771)

(D)      Crossing at Right Angles. No pedestrian shall cross a roadway at any place other than by a route at right angles to the curb or by the shortest route to the opposite curb except in a crosswalk. (Reso. 990,1771)

(F)       Prohibited Crossing. Between adjacent intersections at which traffic-control signals are in operation, pedestrians shall not cross at any place except in a crosswalk, and no pedestrian shall cross a roadway other than in a crosswalk in any business district. (Reso. 990,1771)

(H)      Drivers to Exercise Due Care. Notwithstanding the foregoing provisions of this Chapter, every driver of a vehicle shall exercise due care to avoid colliding with any pedestrian upon any roadway and shall give warning by sounding the horn when necessary and shall exercise proper precaution upon observing any child or any confused or incapacitated person upon a roadway. (Reso. 990,1771)

(I)        Pedestrians Soliciting/Distributing. It shall be unlawful for any person to enter upon or remain on any median or traveled portion of any street or highway to solicit an occupant of a vehicle for employment, business, or contributions; or for distribution of advertisements, merchandise, or other property; or to offer any services. (3271)

For more information about Arizona DUI and criminal law issues please contact Gordon Thompson who has used his experience to write a blog on topics of interest. You can also chat with Gordon about your specific questions.   Website:  https://GordonThompsonAttorney.net