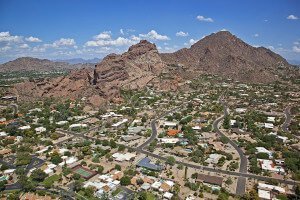 When a driver is arrested for DUI the police may commence a proceeding with the Arizona Department of Transportation, Motor Vehicle Division (MVD), known as an admin per se proceeding, which seeks to suspend the driver’s Arizona driver’s license or privilege to drive. The basis of the suspension would be that the driver had submitted to chemical tests such as breath, blood or even urine, and it is anticipated the results of those tests will show an alcohol level of .04% or more if the driver is driving commercially, or otherwise .08% or more, or will show the presence of a controlled substance. The most common way such a proceeding begins is, at the time of the processing for the arrest, the officer takes the driver’s Arizona driver’s license and serves the driver with a copy of an affidavit which states the officer’s reasons why, as a matter of law, the license should be suspended. The officer is not authorized to take an out-of-state license. If the driver has an out-of-state license, or does not have their Arizona driver’s license with them at the time of the arrest, or even has no license, the officer still serves the affidavit on the driver. The officer then sends the original of the affidavit to the Arizona MVD, which begins the Admin Per Se hearing process. The driver has fifteen days from when the officer gave them the affidavit to request a hearing to contest the proposed suspension, otherwise the suspension automatically goes into effect.

If a request for hearing is timely filed, a hearing will be held before an administrative law judge. At the hearing the judge determines the following: 1. did the officer have reasonable grounds to place the driver under arrest for DUI; 2. did the driver submit to a test which indicated an alcohol level of .04% in a commercial vehicle or .08% or more in any other type of vehicle, or the presence of a controlled substance; and 3. was the sample obtained accurately tested. If the sample contains a controlled substance it is a defense that the driver had a valid prescription for that substance. It the evidence establishes each point to the judge’s satisfaction, then the suspension is upheld and goes into effect usually within thirty days.