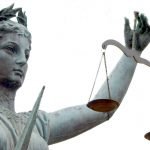 Following the announcement last week that federal prosecutors planned to press a criminal contempt-of-court charge against current Maricopa County Sheriff Joe Arpaio, this week a misdemeanor criminal contempt charge was officially filed in United States District Court.  A misdemeanor charge will not prevent Arpaio from continuing to hold his current office, and though subject to up to 6 months in jail it is very much in question whether the elderly Arpaio will be ordered to serve any jail time.

This criminal charge arises out of a ruling earlier this year in the civil class action suit Melendres, et.al. v. Arpaio, et.al., wherein the judge found Arpaio in civil contempt of court for his actions following and disregarding court orders to desist in targeting Latinos via tactics deemed racial profiling as a means to enforce federal immigration policy, holding and transporting people without any State charges with which to do so.  The ruling went on to state Arpaio repeatedly and intentionally disregarded the court’s orders in persisting with his well-publicized immigration patrols and roundups long after being ordered to stop, while the Sheriff claims those actions were unintentional.

Trial has been set for December.

For more information on this ongoing case, see the azfamily.com article below: