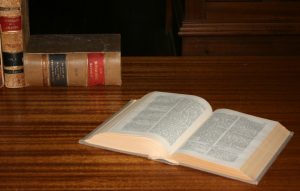 The Arizona Department of Public Safety has approved a breath testing device known as an Intoxilyzer 8000 for use to test the alcohol levels of persons arrested for DUI. The State Legislature has made it very easy for a prosecutor to have Intoxilyzer 8000 breath test results admitted into evidence in a DUI trial without having to call an expert witness.  This procedure is known as the statutory method as it relies on the requirements of a statute, 23 A.R.S. § 1323.A.  The essential elements of the statutory method the prosecutor’s evidence must show are:

When a person’s alcohol level is tested on an Intoxilyzer 8000 a piece of paper, known as a strip chart, is generated at the end of the breath testing sequence. The strip chart has on it the results of the person’s alcohol tests, the calibration checks and the results of other function checks.  If the test sequence is correctly completed the Intoxilyzer 8000 has been programed by its manufacturer to print out a message, “Successfully completed test sequence.”

In a DUI trial the usual practice is for the prosecutor to call the test operator as a witness and have them review the strip chart.  After doing so the test operator says the following: “The device used, the Intoxilyzer 8000, approved by the DPS for breath testing, I had a valid operator permit at the time of the tests, I followed a DPS approved check list, bracketing calibration tests were performed showing the device was working accurately, diagnostic tests were performed to show the device was functioning properly and the device gave a message, ‘Successfully completed test sequence’.” The operator then tells the jury the test results and the strip chart is admitted into evidence for the jury to view.  In short as long as there is a strip chart it is very easy for the prosecutor to get the test results into evidence.

Occasionally a legible strip chart is not available, often because the printer in the Intoxilyzer 8000 was out of ink when the defendant’s test results were obtained.  The Intoxilyzer 8000 stores records of all testing performed on the device and periodically that information is downloaded to a computer in the crime lab for the police agency which possesses that particular Intoxilyzer 8000.  If a defendant’s strip chart is not available then another statute, 28 A.R.S. § 1327, allows the police crime lab to print out duplicate records of what would have been on the strip chart and use the printout in court, as long as each page of these records has a certificate stamped on it stating, “this document is a certified duplicate of the information contained in computer storage devices of the (name of police department).”  So, if there is a problem with the original strip chart all the prosecutor or test operator has to do is go to the crime lab and have someone print out the duplicate records and put an official-looking seal on each page. Once that is done the duplicate can be admitted into evidence just as a copy of the strip chart would have been.  So, in short, admitting breath test results in trial is not very difficult.  The only limitation on using the statutory method is that the requirements of the statute must be scrupulously met, meaning all of these requirements must be done.

If the prosecutor cannot use this easy statutory method, they can still get the test results into evidence by calling an expert witness from the police department crime lab.  This is known as the Deason method, named after a case authorizing this method, State ex. Rel. Collins v. Siedel and Deason, Real Party in Interest, 142 Ariz. 587.  The expert must testify they are familiar with the Intoxilyzer 8000 in general and the particular device used for the defendant’s case, and in their opinion the accepted technique was properly used when the operator conducted the tests on the defendant and the results were accurately measured and recorded.  The defendant may challenge the creditability of the expert’s testimony however that is all that is required to get the test results admitted into evidence at trial.  So even if there is neither a strip chart nor certified computerized records the prosecutor can still get the breath test records into evidence using the Deason method.

In the case State v. Mowers, No. 1 CA-CR 19-0431, the judge allowed the test operator to tell the jury the test results even though the prosecutor failed to comply with the statutory method.  The prosecutor also failed to use the Deason method correctly.

In Mowers the breath test operator described his training and experience, including his certification to operate the Intoxilyzer 8000.  He explained how “the machine checks itself” with a known substance and does “a couple air blanks to make sure everything’s flushed out” before and after each subject test “[t]o make sure it’s a fair and accurate test.”  When the test is complete, the Intoxilyzer 8000 prints two copies of a “ticker tape” showing the results of both the self-check and subject tests along with a notification of whether the overall test was successfully completed. The breath test operator then told the jury the procedure he followed when administering the test to defendant, including the use of an approved operational checklist. The breath test operator never said whether the machine displayed the self-check or the successful completion message.

The defendant was convicted at trial and sent off to State Prison for four months.

The defendant appealed the conviction.  On appeal the court of appeals reversed the convictions because the prosecutor had clearly not complied with either the statutory or the Deason methods.  Neither method is particularly difficult to do but if the prosecutor chooses to use the statutory method the prosecutor must scrupulously comply with the statute’s requirements.  This clearly includes evidence of the bracketing calibration tests, which were never testified to.  Left unsaid in the opinion is why the computerized records which could have been used to show the calibration test results were not certified by the crime lab.  If for some reason they could not have been certified because they were not accurate the prosecutor should not have been using them at trial for any purpose.  If they were not certified because someone did not bother to ask to have them certified at the crime lab then that is poor trial preparation.  As for the Deason method, it is difficult to understand why the prosecutor chose to call an expert witness who was unfamiliar with Intoxilyzer 8000s which the Deason method clearly requires.  Again, that seems to have been poor trial preparation and it is hard to see how the prosecutor could have talked to the witness ahead of time.  Why call a witness on a point important for your position when he is going to say, “I don’t know.”