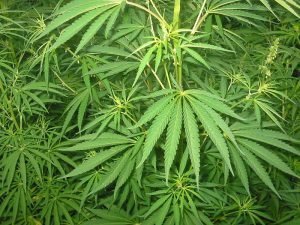 As of today, December 22, 2016, the state of the law with regard to medical marijuana defenses to DUIs in Arizona is rapidly changing because of two legal issues.

In Arizona it is a violation of DUI laws to be driving or in actual physical control of a motor vehicle while impaired by alcohol or drugs, including marijuana. For this charge, 28 A.R.S. § 1381.A.1, it does not matter if the person is legally authorized to drink or use the particular drugs, including marijuana.  For drugs there is a second charge of driving with a controlled substance within the body.  This charge is 28 A.R.S. § 1381.A.3.  If the controlled substance is a federally scheduled prescription drug, such as Xanax, there is an affirmative defense that the defendant is taking the prescription drug as authorized by a legal prescription.  As an affirmative defense, the defendant must prove this defense by the standard of a preponderance the evidence, which means more likely than not.

In Arizona a health care provider can authorize a person to use marijuana for medical purposes.  This an “authorization” and is not a “prescription” and so the affirmative defense to the 28 A.R.S. § 1381.A.3 charge would not seem to apply to medical marijuana users, even though by law they are authorized to use marijuana.

In 2015, in Dobson v. McClennen, 238 Ariz. 389, the Arizona Supreme Court dealt with this issue by holding that if the defendant is authorized to use marijuana for medical purposes (commonly known as a Medical Marijuana Cardholder), then they have an affirmative defense that the concentration of marijuana or active THC or its metabolites in their body while driving or being in actual physical control was below the levels which would case impairment.  As the affirmative defense the defendant must prove by by a preponderance of the evidence (more likely than not) that the concentration of the THC or its active metabolites in the defendant’s body was at a level below that which would cause impairment.

Today, December 22, 2016, in the case of Ishak v. McClennen, the Arizona Court of Appeals held that for medical marijuana users the defendant can prove the affirmative defense by testifying that the level within his or her body was not impairing him or her in particular.  The court said the defendant did not have to prove the level was below a level which applies to all people, like the .08% alcohol level.  Moreover the court held the defendant can do this by testifying about his or her knowledge of how marijuana affects them in particular and so testimony from an expert witness is not required.  For defendants this is important because the issue is, are they below the level that causes impairment for they themselves and not for everyone, and they do not need to use an expert witness to prove this point.

So for drugs including marijuana, there is no “within two hours” rule, rather the State must show the presence of drugs and if they want to tell the jury about the concentration levels of the drugs in the defendant’s blood, it must be at the time of driving or being in actual physical control, and not “within two hours”.   This requirement is as a result of a 1989 Arizona Supreme Court case, Desmond v. Superior Court, 161 Ariz. 572.

With alcohol an expert witness may be able to tell what a person’s alcohol level was at a time earlier than the testing time using a scientific principle known as “retrograde analysis.”  A retrograde analysis requires knowledge of such factors as the test results, when the tests were administered or blood sample obtained, when the defendant last drank and ate, and their sex.  For example if breath test results of .20% were obtained at 2:00 a.m., with the required knowledge and using a retrograde analysis an expert can possibly say what the defendant’s alcohol level was at 1:00 a.m.  However, marijuana is not absorbed in the body the same way alcohol is and because there are many more factors affecting the way marijuana is absorbed into a person’s body, the experts say it is not scientifically possible to do a retrograde analysis for marijuana.  So for example if the blood was drawn from a defendant at 2:00 a.m., it is not scientifically possible to testify what the marijuana concentration level was in the defendant’s blood at an earlier time, say 1:00 a.m.

For these two reasons, namely, that the defendant is only required to prove that he or she themselves individually were not impaired, without an expert witness, and the State cannot tell the jury what levels of marijuana were in the defendant’s blood, are major aids for medical marijuana holders defending themselves on Medical Marijuana DUIs.

If the past is any guide next year the prosecutors will get the legislature to change the law to establish limits for marijuana like the .08% alcohol level, as well as add levels “within two hours” to the drug statutes, but for the time being, the absence of these changes greatly aids defendants to defend themselves on Medical Marijuana DUIs.

What to Look For When Hiring

For DUIs in MESA it is important to know that Arizona is Rated Strictest for DUI Penalties.

To minimize the consequences of a Medical Marijuana DUI arrest in MESA it is important to retain a LAWYER FOR A MESA MEDICAL MARIJUANA DUI  who is not only knowledgeable and experienced but also one who can anticipate all of the potential consequences which is an important concern for me.  DUIs can be very stressful on not just the person arrested but their families as well.

I offer free consultation which can include Chatting about MESA MEDICAL MARIJUANA DUI Defenses, Specific to your type of case.

For MESA MEDICAL MARIJUANA DUI cases I offer All Inclusive Flat Fees  with no hidden costs or trial fee and affordable payment plans.

Defenses can include, was no basis to stop the vehicle in MESA as a recent court case held the Stop of Vehicle Solely for Alleged Excessive White License Plate Light Held Unconstitutional.

Another concern people have Is there any way to avoid jail time in MESA for misdemeanor MEDICAL MARIJUANA DUI?

What Happens if Someone is Found Guilty of

Difference consequences apply to MESA MEDICAL MARIJUANA DUI Cases than other DUI cases, although the license revocation consequence will no longer apply to those who are found guilty of MEDICAL MARIJUANA DUI for offenses which occur after December 31, 2016.  Consequences of a conviction can include, jail, counseling, fines, probation, and suspension of the person’s Arizona driver’s license or privilege to drive.

If a person is find guilty for a MESA MEDICAL MARIJUANA DUI the fines and assessments can be very high and so courts in MESA offer time payment plans.